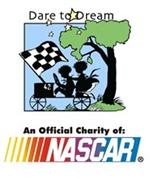 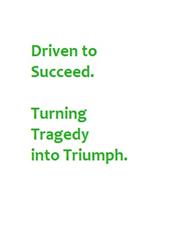 That was the case when in 2002, Kenny and Reva Irwin founded the Kenny Irwin Jr. Foundation and the idea of Dare to Dream, after their son was killed in a racecar accident in Loudon, New Hampshire. It's the best way we know to honor his life. We feel we're doing something very positive and worthwhile. The organization we have created will not only carry on his legacy, it will give back to the communities where Kenny lived and raced.

Kenny started his racing career driving quarter midgets at the age of 5 in Indianapolis, Indiana. He eventually raced in the Midget, Sprint and Silver Crown and NASCAR Craftsman Truck Series. And in 1998, he reached the pinnacle of racing, driving in the NASCAR Cup Series for the #28 Yates/Texaco Team. He won Rookie of the Year before switching to the #42 BellSouth/Sabo car.

He became a rising star in the racing world but dedicated much of his time away from the track to helping others. We never knew the extent that Kenny reached out to help those in need. After his death, we received hundreds of letters, telling us stories and situations where Kenny had personally touched their life. Kenny never wanted attention for doing a good deed or to be put in the spotlight of someone doing something extraordinary. He just knew he was fortunate and lucky to have the opportunity to do what he truly loved. And he wanted to make that possible for the children he encountered along the way, helping them to have the same opportunities to pursue their dreams.

It was his determination that distinguished Kenny as a racer. And it was his compassion for children that distinguished his life. Kenny became a rising star in the racing world because he followed his dream to be a winner. Self determination and a belief that you can achieve your dreams are the qualities that Kenny Sr. and Reva want to help foster in the children. Their son believed that the key to happiness is having dreams and the key to success is making dreams come true. This is the legacy we wish to carry on and preserve.